DJ Sandstorm is specialized in funky soulful music and always inspired by the electronic 80’s, funky 90’s and eclectic 00’s.  He is known for his mashups, remixes, funky DJ sets and his eclectic Yearmixes.

DJ Sandstorm started DJ’ing in the early 90’s, inspired by Dutch Grandmixer Ben Liebrand. It was the time of funky hiphop, r&b and the early years of house music. The funky beats and soulful sounds of oldschool hiphop, house and dance stayed with Sandstorm till the present day.

In the 90’s he developed his taste for funky breakbeat, electro and drum & bass. He also started producing and releasing his own dancemusic in these styles.

In the 00’s DJ Sandstorm became a household name on Dutch Radio 3FM, with weekly remixes and mashups of pop, rock and dance tracks. He also produced his eclectic 3FM Yearmixes for 16 years (2000 – 2015).

DJ Sandstorm also produces and performes his own dancemusic live as ‘Sandstorm Soundsystem’ and he teaches his DJ and production skills to others. 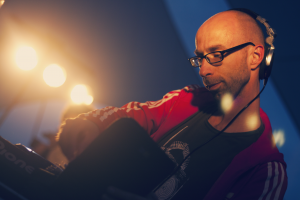 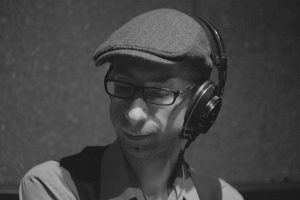 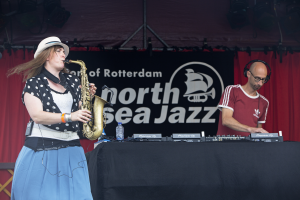